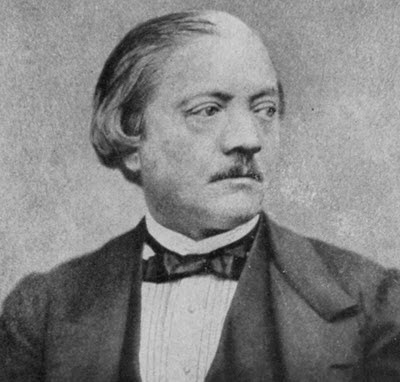 Jules Perrot (1810-1892) was a dancer and choreographer who choreographed some of the most famous ballets of the 19th century, such as La Esmeralda, Ondine and Pas de Quatre. The ballet Giselle, which he choreographed in collaboration with Jean Coralli, is considered the quintessential Romantic ballet of the century.

In his early career as a dancer, Jules Perrot often danced with the celebrated Swedish ballerina Marie Taglioni, but she eventually refused to be paired with him.

Perrot left France to tour dance centers in various parts of Europe, including London, Naples, Milan and Vienna. During this part of his career, he encountered the talented Carlotta Grisi and became her coach. In 1836, he and Grisi performed together on stage in London.

In 1841, the romantic ballet Giselle premiered in Paris, with Carlotta Grisi in the title role as Giselle. The ballet was a huge success, and Jules Perrot received a lot of praise for his contributions to the choreography.

After the success with Giselle, Perrot went on to choreograph Alma (La Fille du Feu) for Fanny Cerrito. After the premiere in London in 1842, this choreography too was given a lot of positive attention, and this encouraged Perrot to continue working as a choreographer.

For the following six years, Perro kept busy as a choreographer in Great Britain, doing a lot of work for Her Majesty´s Theatre in London. His choreography work during this period includes Ondine in 1843, La Esmeralda in 1844, Pas de Quatre in 1845, and Le Judgement de Paris in 1846. He was especially fond of doing choreography for ballets set to the music of Cesare Pugni. 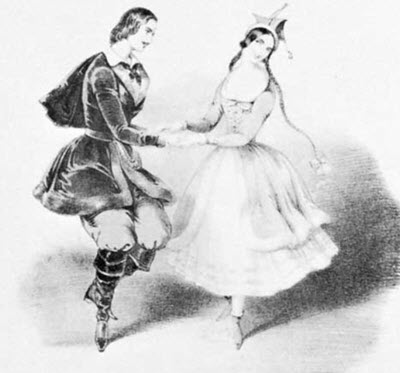 Other examples of his ballet choreography work in the 1840s:

During his time in Russia, Perrot married Capitoline Samovskaya, who was a student at the Imperial Theater School. Together, the couple had two children.

Perrot stayed with the Imperial Ballet in Russia until 1858, when he returned to Paris.

He enjoyed a comfortable life in France until he died in 1892 during a visit to the French coastal town Paramé.