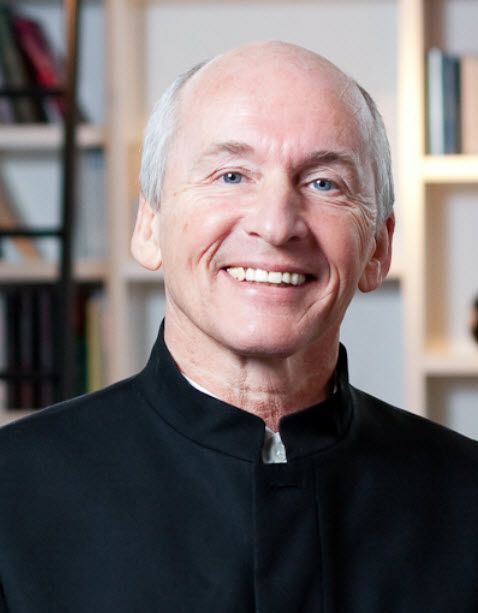 Marc Bogaerts (b. 1951) is a Belgian choreographer and artistic director who has worked with more than 50 dance, opera and circus companies worldwide. Based in Berlin, he is renowned for his fondness for creating unconventional combinations on stage and drawing inspiration from a wide range of subjects. Many of his projects combine several styles – e.g. opera, ballet, stationary art, ballroom dancing, ice dancing, break dancing, and nouveau circus – to build bridges between different types of physical expression. Some projects have even featured athletes from the world of sport.

He studied philosophy, Latin and Greek with the Jesuits for seven years.

In 1975, Bogaerts started his professional career as a dancer, and was not long thereafter hired as a choreographer for the Royal Ballet of Flanders in northern Belgium.

In 1982 he moved to New York City, where he would remain until 1993. In New York City, he taught at the Actors Studio and danced as an honorary guest performer with Merce Cunningham, Trisha Brown and Laura Dean. He used his skills in dance and choreography to work with numerous social projects, never shying away from raising sensitive topics such as drug abuse, abortion and genocide.

After over a decade in the United States, Bogaerts returned to Europe, where he selected Berlin as his base. In Berlin, he worked with all three opera houses: Deutsche Oper Berlin, Staatsoper Unter den Linden, and Komische Oper Berlin.

At the time of writing, Bogaerts has choreographed for more than four dozen operas, dance companies and circus groups.

Here are a few examples:

A few other examples of works by Bogaerts

Bogaerts worked with the street theater performance “No strictly Van Eyck” in collaboration with the band Carpe Diem and improvisational actors from Quicksilver.

Among other things, he choreographed skate dancers for the opening of the Pan American Games.